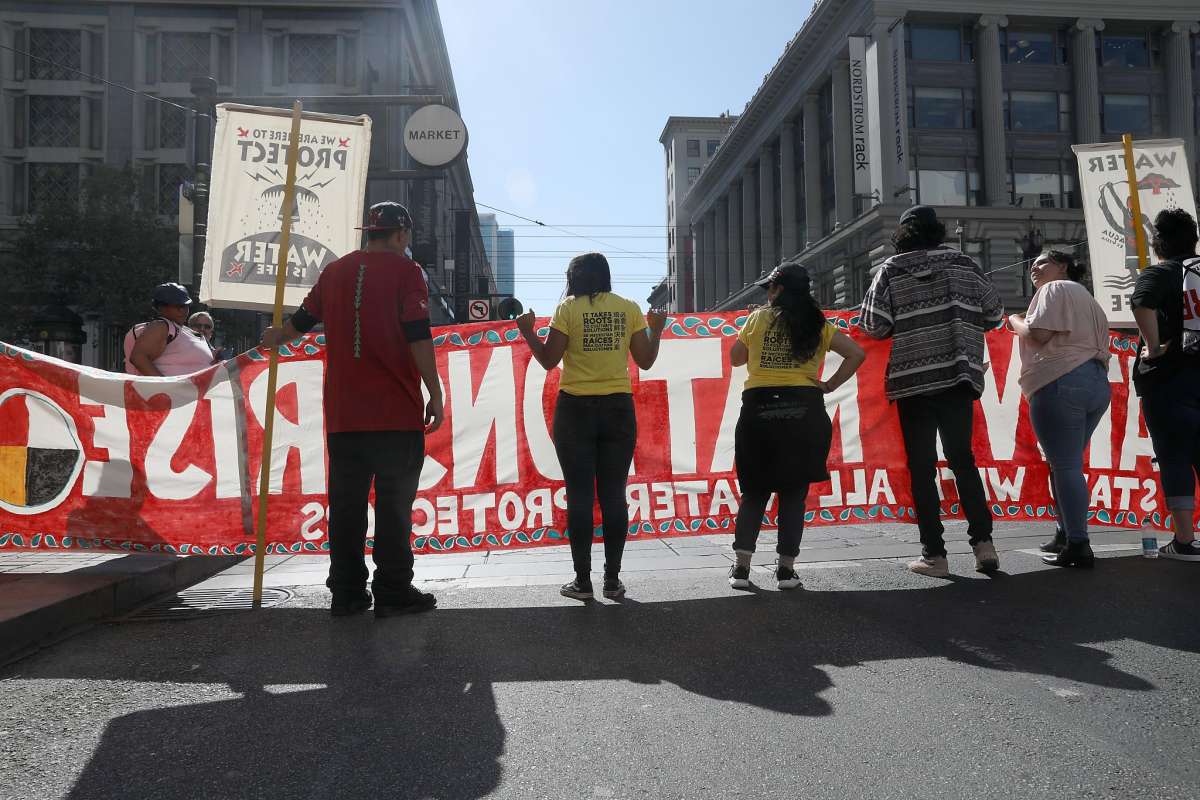 Hundreds of activists snarled commute-heavy traffic, picketed or simply sat in yoga poses outside the Parc 55 hotel in San Francisco’s clogged downtown Market Street area Monday morning, the first weekday leg of what promises to be a rocky series of protests against this week’s Global Climate Action Summit.

Monday’s main goal was to deliver an open letter to Gov. Jerry Brown’s Climate and Forest Task Force, demanding that local and indigenous protest representatives be given a seat at the table. They were partially successful: About 10 of them were allowed inside the hotel, where the task force was meeting, to read the missive out loud.

“I think the tone was still somber” after the letter was delivered, said Cindy Wiesner, national coordinator for the Grassroots Global Justice Alliance, one of the organizations participating in the demonstrations. “The goal was to actually talk to Jerry Brown directly and, of course, that did not happen.”

The rally came two days after thousands of people marched through San Francisco to demand action on “climate, jobs and justice,” and three days before a scheduled march and “mass action” near Jessie Square between Market and Mission streets, near the Global Climate Action Summit at Moscone Center, as well as other actions throughout the week.

Read the full article in the San Francisco Chronicle here »