We all think, dream, and act.

This story is the shared action and dreams of many feminists on our planet.

For many years, the World March of Women dreamed about creating a feminist school that would strengthen our knowledge, share experiences, and expand the movement. At GGJ, we began developing schools for our members and allied organizations as a tool to strengthen our commitment to struggle and to reclaim feminism for the grassroots movement. From these experiences and visions, GGJ proposed an international feminist school and, together with the World March of Women, Grassroots International, and the Indigenous Environmental Network (IEN), co-created a project called “La Esperanza Radical” (Radical Hope) to develop an ‘International Feminist Organizing School’. We began planting the seeds in October 2018.

We began thinking of intersecting issues and how they relate to our experiences of struggle, work, and life. The following themes emerged: Body and Sexuality, State and Democracy, Defense of Mother Earth, Systems of Oppression, Feminist Economy, Feminist Theories, and Movement-Building. We also decided to use the methodology of ‘Popular Feminist Education’ as a basis. In November 2019, we decided that the focus of the School would be the ‘Feminist Economy’ as a political proposal, and that the School would not only be a space for learning concepts and experiences from other territories, but also for learning, understanding, and finding ways to promote it as an alternative to the racist, capitalist patriarchy.

And then a global pandemic hit! We recognized that we have all been affected by COVID-19 and by the policies of repression that many governments have imposed. Some governments have handled the health measures better than others, but most have not; instead, they have favored the economy and big companies. We envision the IFOS to be a political proposal to gather, learn from all, and share so we recognize ourselves as fighters-builders of life and another way of being; so that the dreams we have turn into a reality. Thank you for being part of this journey.

Resources from our IFOS Curriculum

Explore more of our IFOS Curriculum
Check out our IFOS Guidebook! 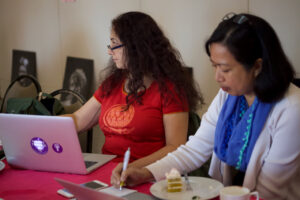 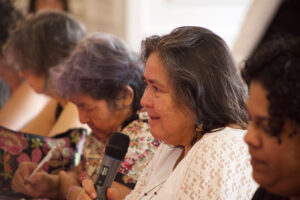 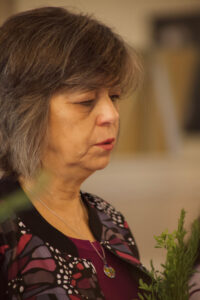 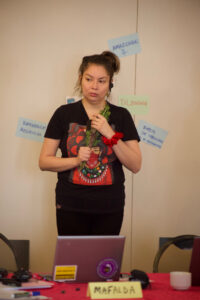 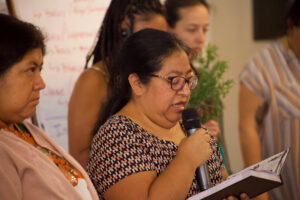 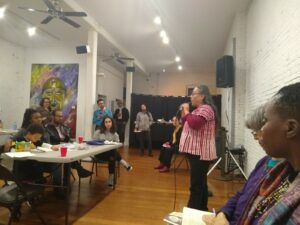 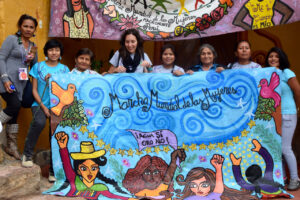 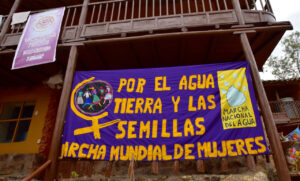 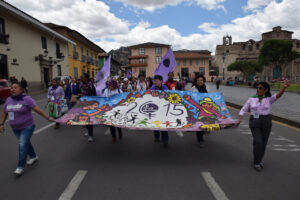 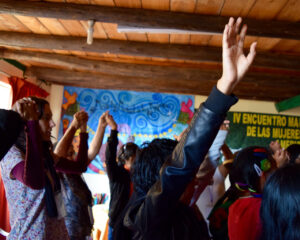 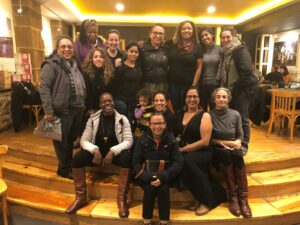 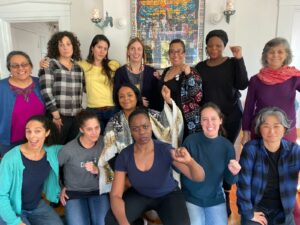 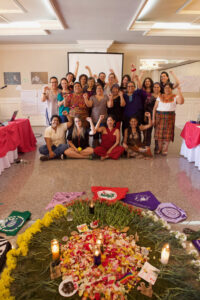 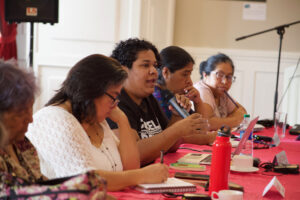 Six Intersecting Themes of the School

It’s important to analyze how oppressions are intertwined in our systems–the intersection of racism, capitalism, patriarchy and colonialism; this also addresses the conflict between profit and life, its historical path and, above all, the multiple crises unfolding in our present moment.

The question of the conflict between profit and life is key in this analysis. We need to understand the commodification of nature and false solutions; to understand how so many cultures across our planet are facing destruction and dispossession by transnational corporations; and to understand the effects on the lives of people, communities and countries. Grassroots feminist groups and movements recognize that we need to place the sustainability of life at the center and also understand the relationship with climate justice and food sovereignty; the balance between production and reproduction; and the interdependence and eco-dependence that exist in the web of life.

This module recognizes the effects of the system of oppression in the configuration of bodies, desires, experiences; and how it manifests itself, in general, in the lives of women, Indigenous Peoples, people from LGBTQI communities. Heterosexuality is identified as a political regime that articulates all social relations, nations, even the economy, which is reproduced as a global order, and creates a binary and dichotomous system that divides humanity into masculine and feminine elements.

It takes a historical look at the development of patriarchy and its mechanisms for the control of our bodies and sexuality. It analyzes forced maternity, the commodification of our bodies, gender-based violence, the use of state policies and institutions to control our bodies, and prevent our emancipation. These conversations help us to incorporate these discussions in our organizations, collectives and communities, so we can unlearn and reject the structures and patterns that perpetuate racism, discrimination, binaries and lesbo-transphobia that we experience.

This module explores how the institutionality of states and their political systems is used by companies, churches, media, military and politicians to organize and destroy social organization; and to undermine democracy to serve the interests of the market and traditional values in the name of “freedom”.

The School hopes to identify the various forms of states and recognize other forms of political organizations that exist in the territories of peoples without states. It is about recovering the sense of the public, bringing it closer to the idea of what is common to all, while recognizing the construction of self-governance and popular power in the processes that matter to communities.

The School develops the ‘Feminist Economy’ as a proposal to confront the racist system and offers an alternative. Some elements included in this module are:

The concluding theme of the school is to strengthen and expand the grassroots feminist movement. We develop the elements that make up the ‘Feminist and Plural Political Subject’ to achieve a counter-hegemonic action that strengthens the struggle for the sustainability of life: our interpretative frameworks, agendas, political proposals and actions that will allow us to gain political strength.

We talk about ourselves and our movement of grassroots feminism in motion, its relationship with other feminisms. We also address how we strengthen and continue to build ourselves as political subjects in the global arena and how we contribute to the construction of the plural subject for the advancement of other alternatives in the world, through the practical and daily practice of the proposal of the ‘Feminist Economy’. 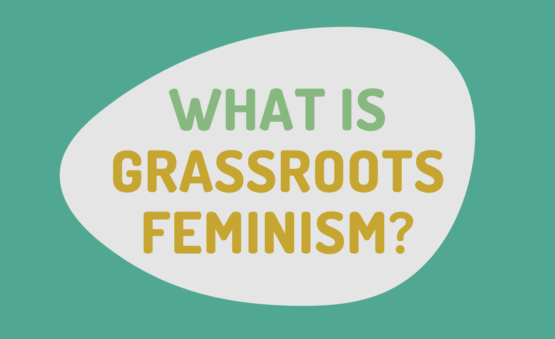 Grassroots feminism is a worldview and political practice rooted in the realities and interests of women, queer, trans, and non binary people who have been harmed by the intersecting forces of patriarchy, white supremacy, and capitalism. Grassroots Feminism is explicitly...