COP 20, the Conference Of the Parties of the United Nations Framework Convention on Climate Change (UNFCCC), is meeting in Lima, Peru to advance false solutions to climate change. These solutions are market-based and flawed by the same economic system that has created this climate crisis. Or they are technological fixes such as “climate-smart agriculture” that will strengthen agribusiness and other large corporations at the expense of indigenous peoples, farming communities and poor folks. As an activist with No REDD+ Africa in Kenya, Ruth Nyambura, states, “market mechanisms are not solutions to the climate crisis. A primary mechanism that 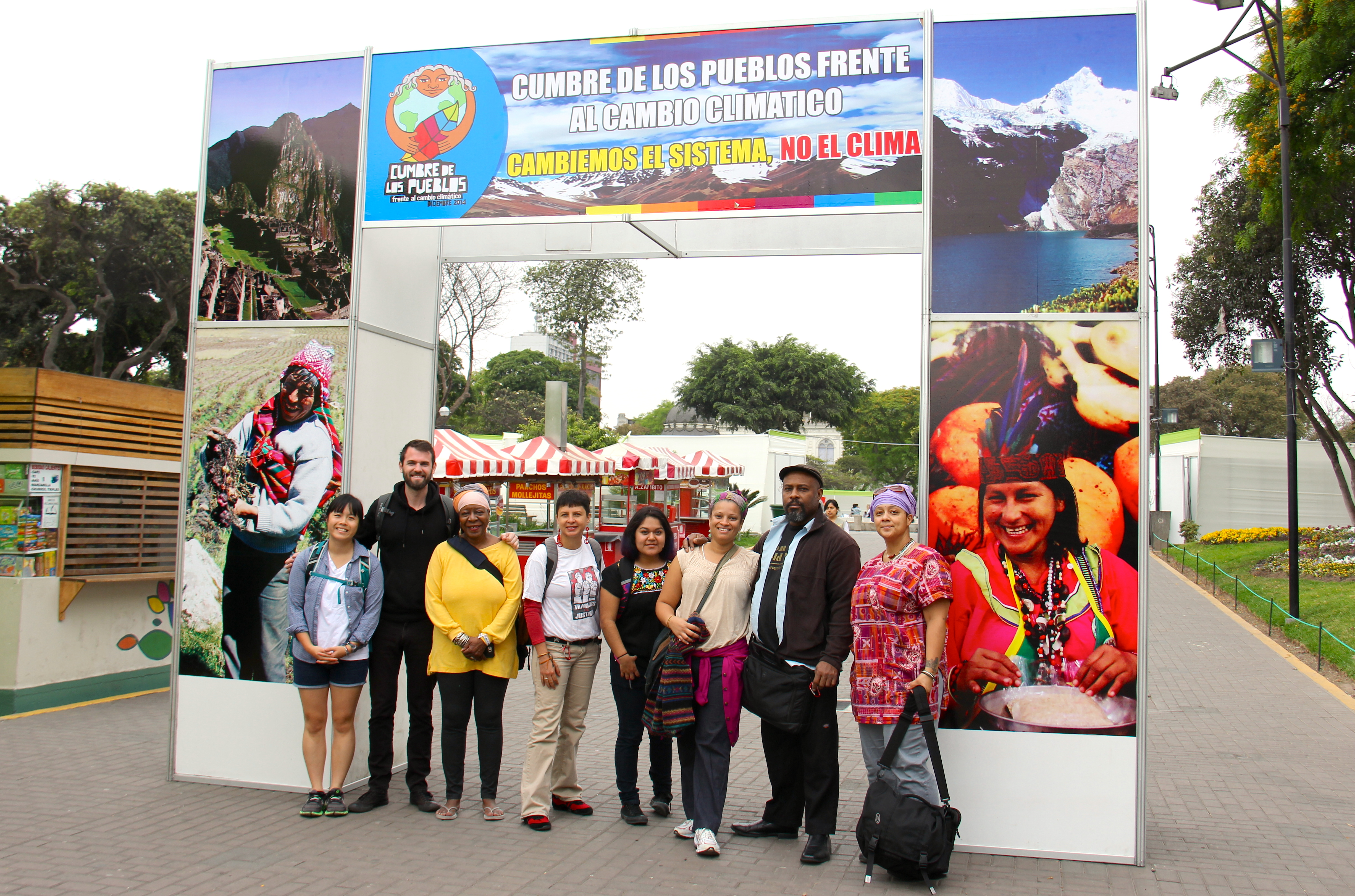 the UN proposes, REDD+ (Reducing of Emissions from Deforestation and Forest Degradation), is not a solution, in fact it violates the rights of indigenous people and mother nature. The market is made for profit, not to safeguard nature.”

This movement to stop REDD+ is one of the strongest campaigns represented here in Lima at the People’s Summit on Climate Change – a four-day conference convening hundreds of organizations from around the world, including Grassroots Global Justice Alliance. As Indigenous Environmental Network coordinator, Tom Goldtooth explains, “REDD+ means the privatization of nature on a scale so massive that it boggles our minds.” He goes on to say “REDD+ is like carbon stocks,” allowing corporations and governments to continue to pollute by 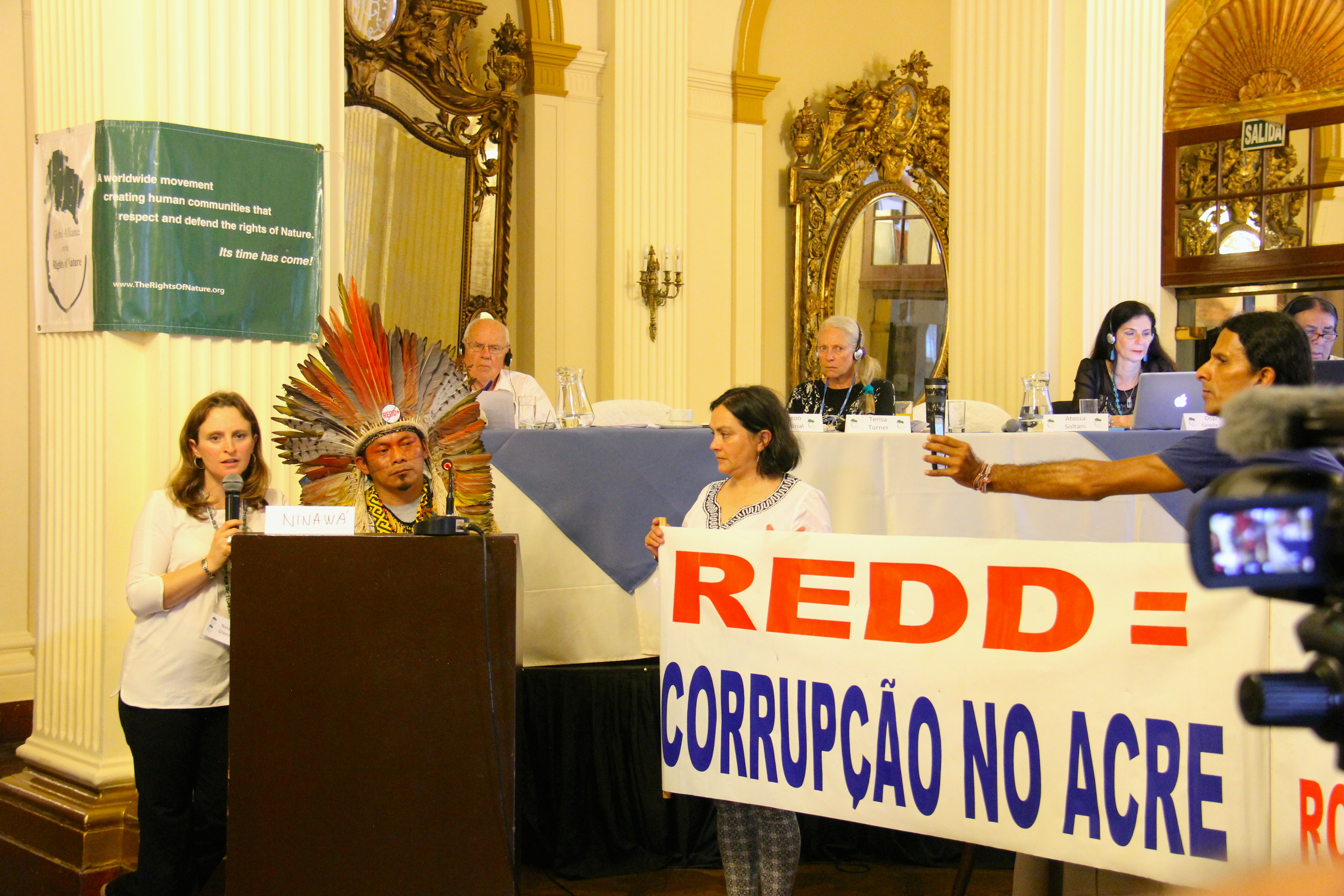 purchasing credits that are then often used to fund the false solutions such as large unsustainable agrofuels.

When asked what one can do about stopping REDD+, Ruth brings a systemic critique. “Divestment can have an impact, but let’s be careful about focusing on the individual. Real system change comes from strong grassroots organizations.” Tom Goldtooth adds to this, “We have to organize. We have to mobilize our resistance. We have to be strategic.”

Similar to food sovereignty – where people have local control and can ensure sustainability of resources – energy sovereignty is a central theme here at the People’s Summit on Climate Change. Juan Pablo Soler from Friends of the Earth Latin America outlines the destructive and extractive energy industries that are displacing people and destroying the earth: fracking, incinerators, big hydro-electric dams, petroleum extraction, agrofuels (palm and other large unsustainable “biofuels”), mines and nuclear plants. Instead of this devastation, speakers at the summit call for more movements in favor of protecting water sources and declaring indigenous land free of mines and dams. It is also important that these struggles be led by 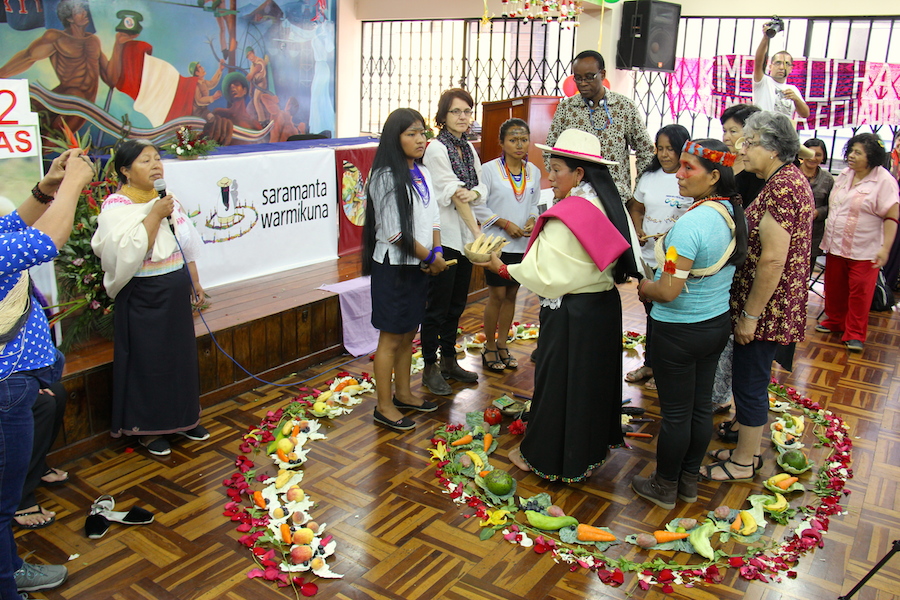 the people most affected by the climate catastrophes. Campesina and indigenous women are at the forefront of many panels, workshops, marches and cultural events here at the Summit.

Speakers have brought concrete examples of struggles from all over the world. People in Uganda are resisting large hydroelectric dams that are displacing communities and agrofuels that are causing huge deforestation. They come out of decades of struggle and expulsion by conflicts around oil extraction. Isaac “Asume” Osuoka from this movement says, “people should decide on their own local energy sources and be able to say no to big technologies. We are glad to announce that Shell representatives were confronted by activists this week inside the COP.” Meanwhile in Nigeria, Godwin Ojo reports that the international struggle against Shell has shown results. “Shell is running, but we won’t let them run away until they clean up their mess. Dirty energy as no place in the energy future,” he adds. In other places, the extractive industries have just begun. Edo Rahman from Indonesia reported that even though only 5 mines are active now, over 10,000 mining permits have been approved. Several countries such as Bolivia and Ecuador report of plans for large scale fracking. 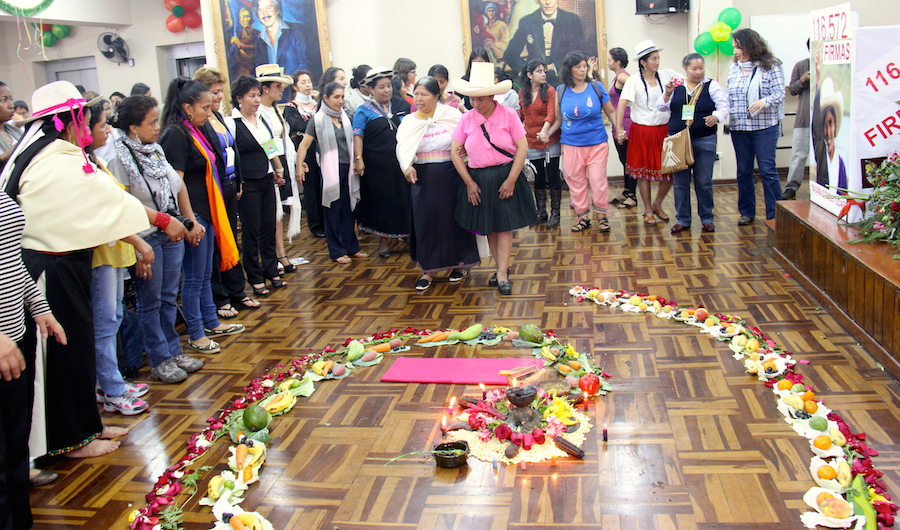 What does all this destruction in Latin America have to do with people in our communities in the US? Grassroots Global Justice Alliance delegate, Diana Lopez, of Southwest Workers Union makes this connection for us while speaking at the Summit. She says that extractive industries and chemical agriculture are, for example, affecting people farming in both rural and urban areas. In San Antonio, people are struggling against GMOs, trying to save their natural seeds, and grow their urban farm cooperative. As Diana points out, in order to have a just transition as we propose in the Our Power Campaign, “we need sovereignty over our seeds, food and education and need to grow our movement against false solutions.” And, as many community organizations are pointing out at this summit, this principle also applies to our energy system. People here at the summit are not falling for the tricks, false solutions or techno-fixes being discussed inside the gates of the COP 20. We are building community-led real solutions that corporations cannot hijack, that favor life and justice. 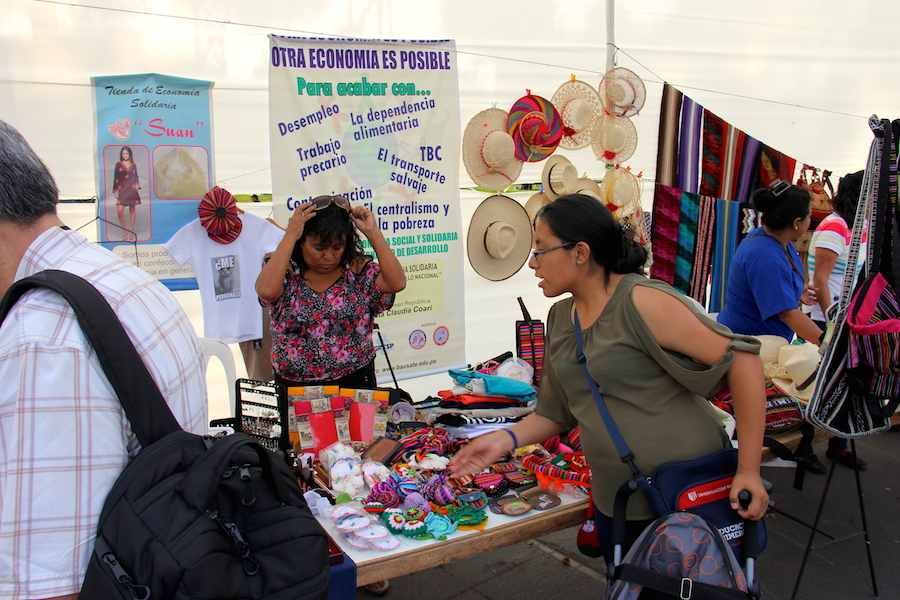