The Cumbre de los Pueblos in coordination with COP20 took place in Lima, Peru the second week of December. The summit split into 5 tracks which all addressed a piece of climate change, from food to rights of mother earth to alternative energy and economies. While the People’s Cumbre was happening at the Parque de la Exposision, down the street the 20th Conference of the Parties/ Meeting of the Parties, referred to as COP 20 held hundreds of politicos and heads of state that were meeting in reference to the Kyoto Protocol.

The overall mood of the Cumbre was very solutions-based and highlighted local work, although there seemed to be three different moods depending on who was leading the workshop. On one level you have global funders, who made space for their grantees to speak about their work.  On another there were more academic, technology and policy spaces and finally there were the organizer spaces, which were self-organized and concentrated on front line experiences, movement building and alignment around solutions.

People seem tired and frustrated talking about policy and what the government should be doing. While its important to know and keep track the policies that will ultimately affect our communities the most, people are passionate about shifting towards a systemic change framework. The UN process does not provide that space for people to create and build together while uplifting local solutions and struggle. During the trip the GGJ delegation and SWU focused on the Cumbre to build on existing relationships with social movements from the South and to share our local solutions.

The pueblos are interested in learning how to integrate new sustainable technology into traditional farming practices while still healing mother earth. We are talking about fighting against the extreme corporations that continue to destroy communities while developing an alternative space where our people can thrive and begin the healing of Pachamama.

The message is clear that in order to really create solutions to climate change we must also talk about the disparities among funding, patriarchy within our own movement and the role US plays in the destruction of communities. 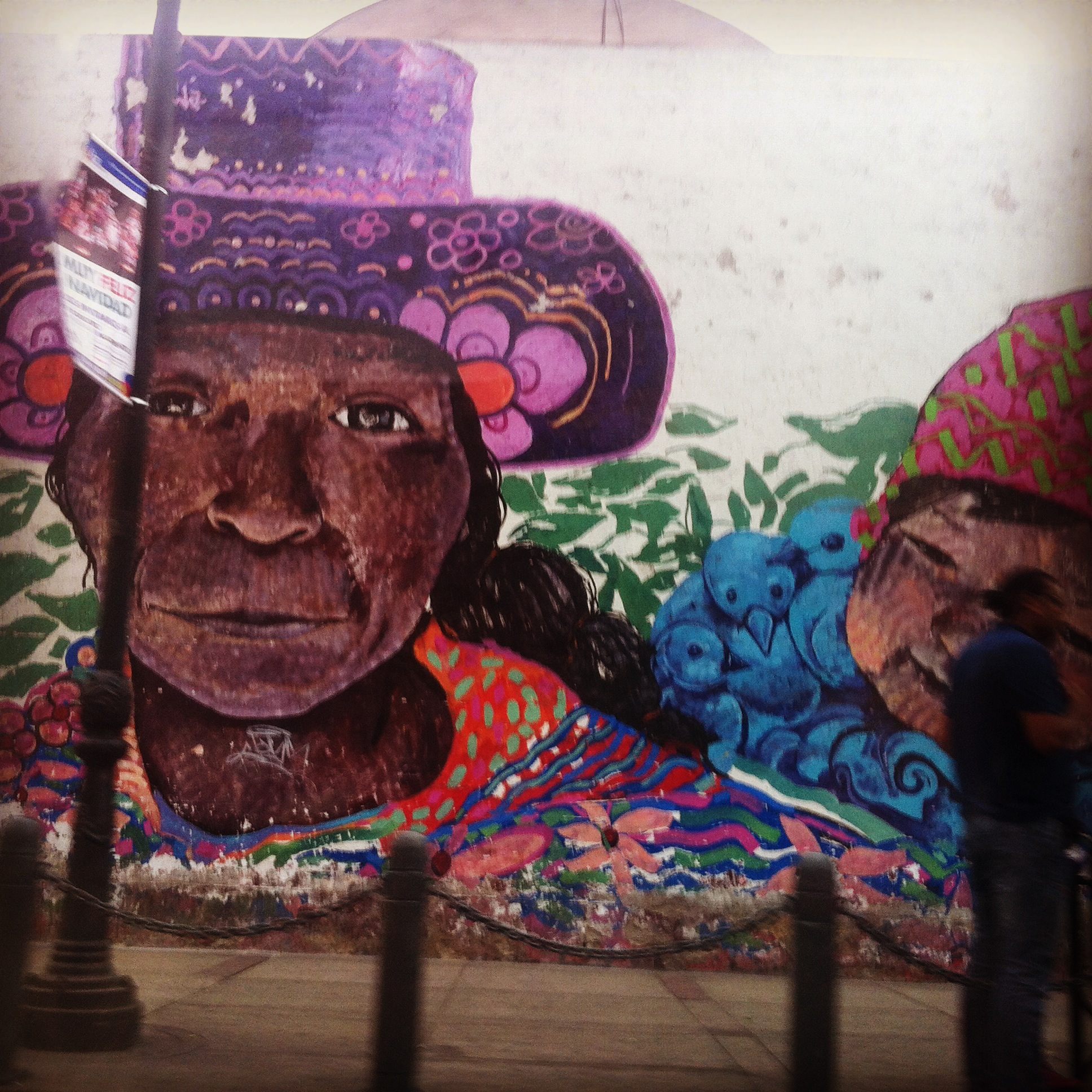 One of the main reasons why I participated was to exchange knowledge around how we create systemic change. A central question I have is “What is the work that needs to happen on the ground these next few years to begin to see small shifts within our communities?” The other piece is strengthening our ties with the global south people’s movements and talking about aligning the work happening on the ground in the US. This year we have been through heartache around police violence and the attack of women, students and over all people of color so part of this is also addressing violence and gender issues within our community. If corporations and governments value power and money over everything else what makes us believe that they will fight for mother earth. These are only a few initial questions and thought that will lead us the our next work of implementing our goals at the local level while maintaining a national/global vision for change.

After the weeks of the 20th Meeting of the Parties the final negotiations coming out of the UN meetings did not meet the standards for the pueblo and truthfully an agreement will probably never fully focus on community and mother earth healing while corporations and trans-national organizations are the only ones that have access to those spaces. Leading up to Paris COP 21, where a climate agreement is scheduled to come out, there needs to be an increase in negotiators that value the local expertise of the community and that will fully focus on community solutions and not corporate bail outs. And while our allies will continue to represent our communities on the inside we will support on the outside by voicing our demands, uplifting front line struggles and building the community we want to see.

We are saying Enough is Enough. No War, No warming, its time to Build an Economy for the People and the Planet!