The series of bombings that rocked communities in Iraq and the U.S. recently have served as a reminder about the devastation of senseless attacks on civil society anywhere. 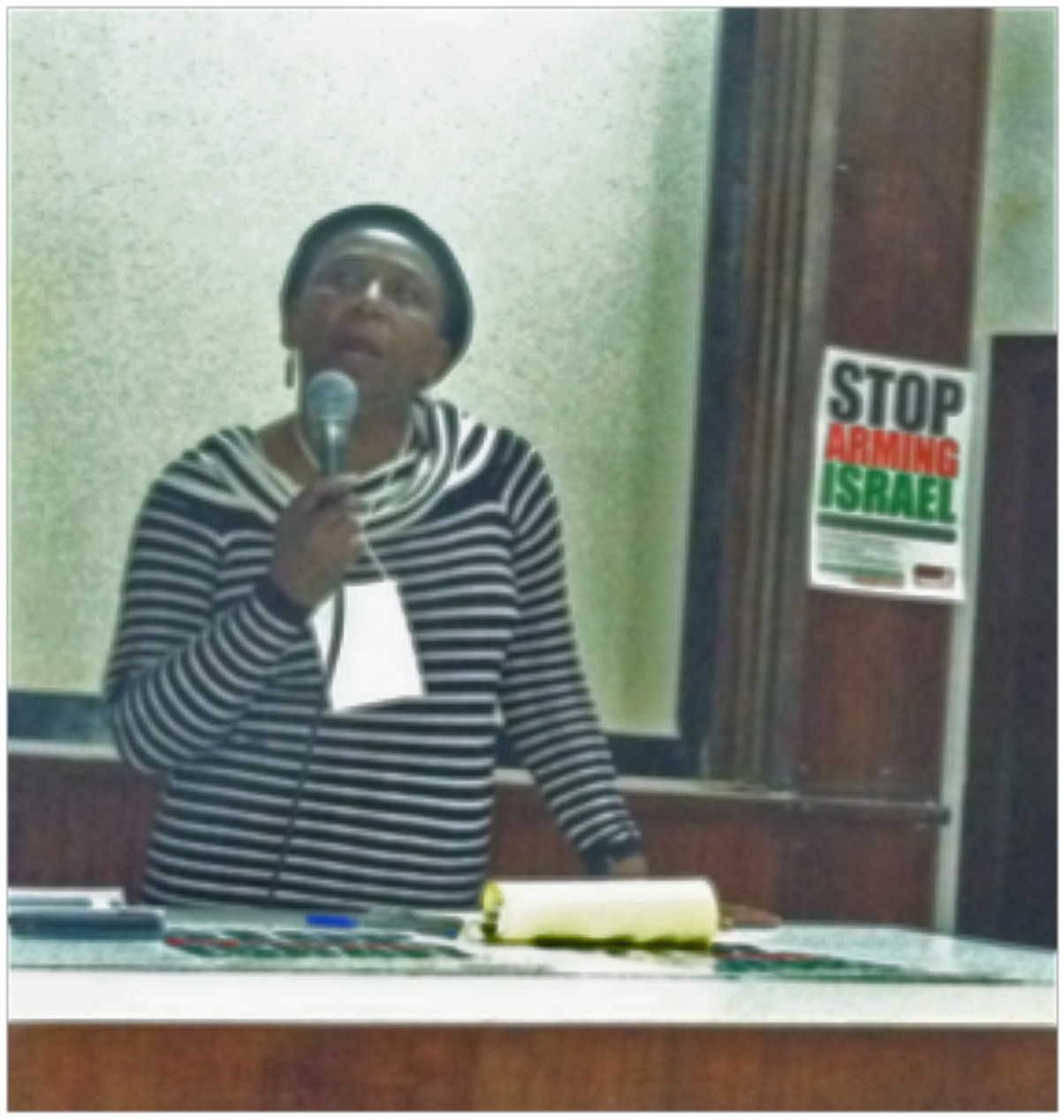 In the wake of these horrific bombings, public debate has turned to a discussion of security, terror, surveillance, and race–a conversation that communities across the globe are also having in the face of the devastating reproduction and exportation of public violence. However these are not necessarily the discussions of terrorist cells as often seen in the media, but rather the all too often ignored history of government sanctioned violence against people in the name maintaining control and domination.

At this spring’s World Social Forum held in Tunisia, civil society organizations, organizers, and activists sought to create the space to have these difficult conversations. U.S. delegates and social movement leaders, Kali Akuno of Malcolm X Grassroots Movement and Rosa Lozano of Grassroots Global Justice participated in a dialogue on what has been termed the “global repression industry”, an industry that has made an international business of violence and crafting a culture of fear.

Looking in particular at the U.S.-Israel relationship, Kali discussed how the exchange of not only ideas, but of skills and services, (e.g. trainings between the Israeli police and the NYPD and the use of the same firm to build each of their border walls) has built up an international industry with manufactured geographic boundaries and spaces all with the intent of enforcement of power. The global repression industry, having grown out of the age of imperialism and developed through occupations of countries such as Palestine, markets its efforts to control borders through surveillance, fear, and violence, while maintaining its power by aiding in the prevention of anti-colonial uprisings across the globe. In other words, this industry profits from global insecurity and the repression of conflict. As this industry grows, geographic borders have increasingly become “panopticon” style spaces, similar to a prison guard’s tower, that function to maintain the power imbalances that rely on the exploitation and domination of many for the prosperity of few. 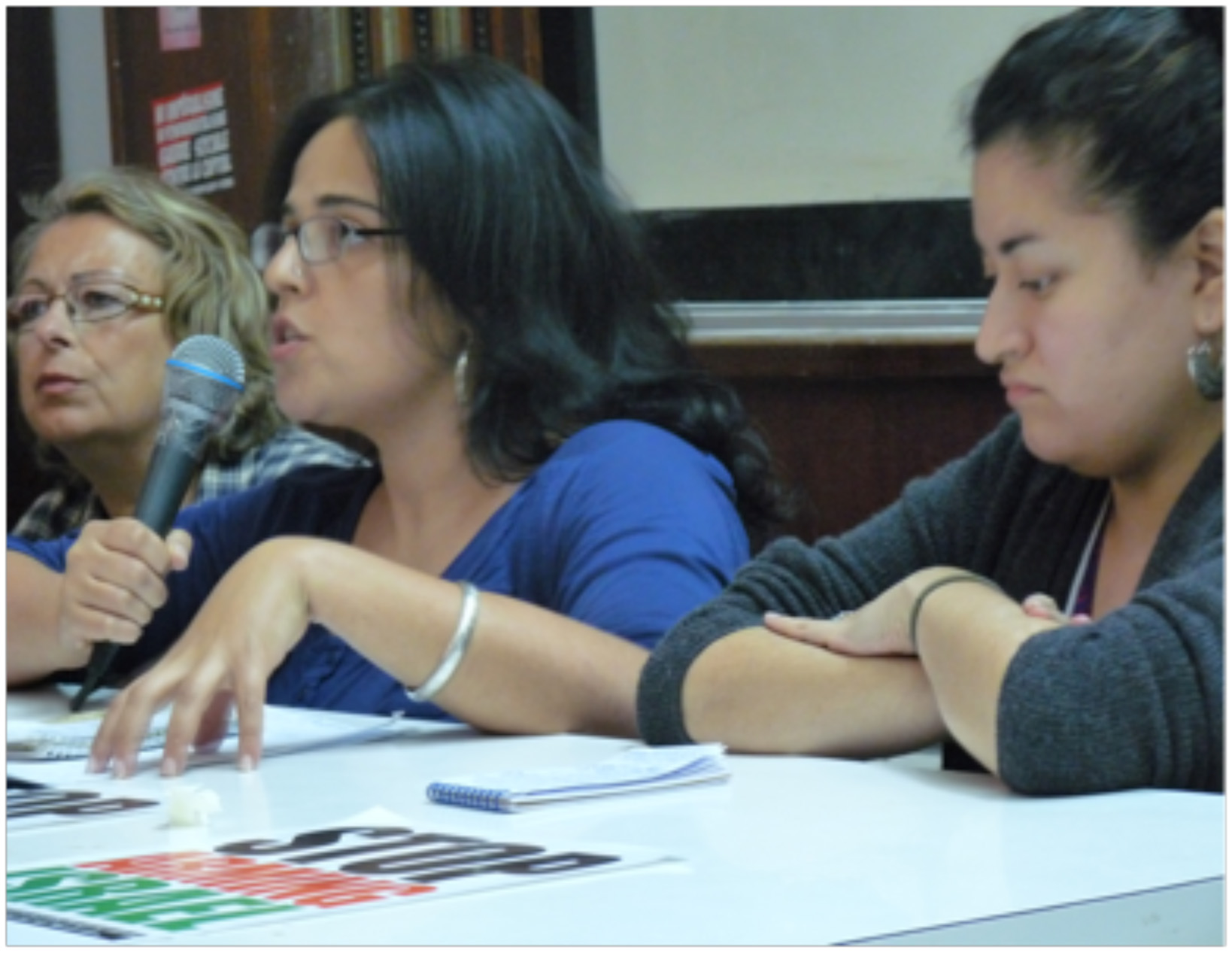 Rosa connected the everyday experiences of Palestinians to the escalating use of violence in enforcement on the U.S.-Mexico border. In both scenarios Rosa said, “It’s about dominance and control.” In the U.S., our history is rooted in the exploitation of people of color for economic and political resources. And it’s still about economic interests in the prison industrial complex, border enforcement, and keeping the public desensitized to the human commodities such as exploited laborers and prisoners.

Another panelist, an Arab American activist, added that the global repression industry uses tactics such as fear and racializing of “the other” to create Islamophobia and anti-immigrant sentiment. Such systems use fear and hate to manipulate people into replicating such power imbalances in the public sphere–education systems, housing policies, public streets, etc.

However panelists pointed out that we are seeing a counter to ethnocentrist and imperialist models, and spaces such as the World Social Forum have the potential to facilitate dialogue and the contestation of power from the bottom up. Nonetheless, it is critical to name these systems as they morph into more hidden, palatable, or simply imbedded forms of oppression.