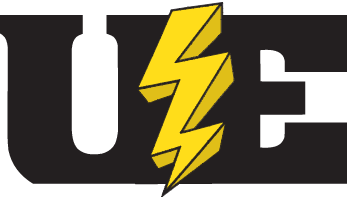 The UE Union: United Electrical, Radio and Machine Workers of America (UE) is a democratic national union representing some 35,000 workers in a wide variety of manufacturing, public sector and private non-profit sector jobs. UE is an independent union (not affiliated with the AFL-CIO) proud of its democratic structure and progressive policies.