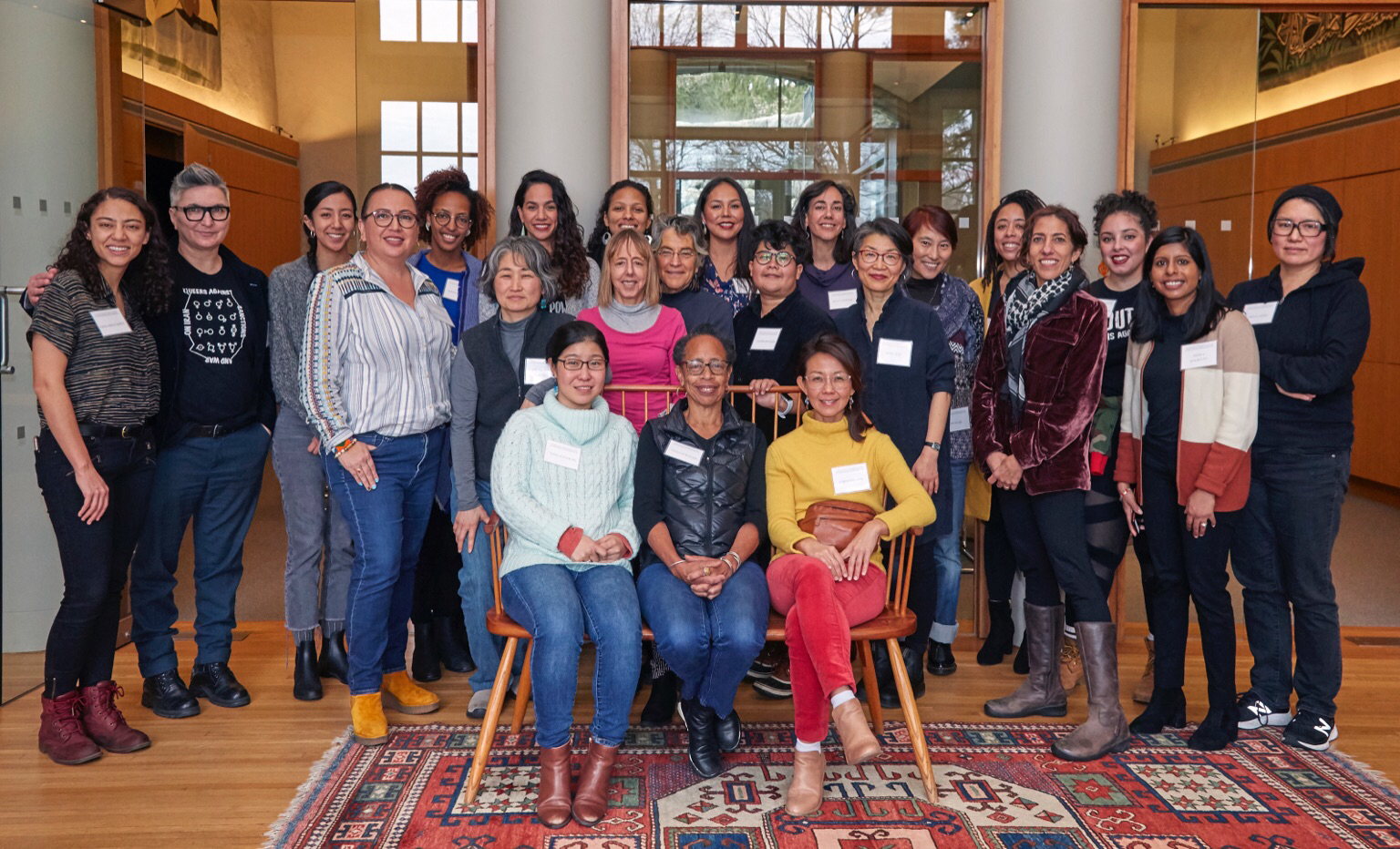 As the US election approaches and demands for racial justice and defunding the police continue to grow, a new feminist peace initiative led by Grassroots Global Justice Alliance, MADRE, and Women Cross DMZ has released A Vision for a Feminist Peace: Building a Movement-Driven Foreign Policy. This groundbreaking framework dramatically reimagines US foreign policy built on intersectional feminist principles and driven by social movements.

Recognizing that the United States is facing multiple, interrelated crises — related to widening economic disparity, systemic racism, climate catastrophe, and the coronavirus pandemic — that are the disastrous results of US militarism at home and abroad, the framework calls for a new US foreign policy that prioritizes values of collective care, reparations, right relationship with people and the planet, and accountability.

Key to repairing broken and eroding diplomatic relationships and redirecting funds from the military’s $700 billion budget will be democratizing US foreign policy so that women and historically marginalized communities most impacted by US militarism are stakeholders in shaping future policies. The framework calls on social movements both in the United States and abroad to work across issue and national lines in order to build wider constituencies in support of feminist foreign policy frameworks.

“We’re facing a pivotal US election that has turned into a referendum on the need to reject white supremacy and authoritarian rule. There’s a real danger of armed violence during this election, coming on the heels of a season of police killings and emboldened militia actions,” explained Yifat Susskind, Executive Director, MADRE. “US militarism is central to this crisis – unleashed upon communities of color and their allies, both here at home and around the world. We need to be united in all of our diversity to support those who are the targets of militarism. This Feminist Peace Initiative is urgently needed now to advance collective strategies – across communities, across countries, across movements.”

“The American people are tired of endless wars and they’re fed up with militarized policing in their communities. It’s time to recognize that the challenges we face at home are directly connected to our bloated military budget,” said Christine Ahn, Executive Director, Women Cross DMZ. “It’s high time for those who know intimately the impact of US foreign policy to have a voice in shaping it. We would have a much less violent United States and world.”

“As grassroots feminists, our movements are organizing to shift the business-as-usual failed policies of militarism and isolation. This global pandemic has revealed to us that decades of spending on endless wars, sanctions, police budgets, and carceral systems doesn’t make us safer and, in fact, creates tremendous suffering for the communities that we represent here and our allies abroad,” said Cindy Wiesner, Executive Director of Grassroots Global Justice Alliance. “More than ever, there is an urgent need for U.S. foreign policy to be guided by an intersectional feminist model of peace building that centers collective care and wellbeing, climate resilience, self-determination, diplomacy and reparations to  prioritize the lived realities of those who are most harmed by militarism.”

A Vision for a Feminist Peace: Building a Movement-Driven Foreign Policy  is the result of a convening held by Grassroots Global Justice Alliance, MADRE, and Women Cross DMZ in February 2020. The group of 23 women and gender nonconforming people, a majority BIPOC (Black, Indigenous, and people of color), from across the United States included scholars, veterans, anti-war activists, community organizers, migrant justice organizers, and political strategists, who contributed to this framework in line with their antimilitaristic values and goals.

Women Cross DMZ is a global movement of women mobilizing to end the Korean War, reunite families, and ensure women’s leadership in peace-building through education, advocacy and organizing.

Grassroots Global Justice Alliance (GGJ) is an alliance of 60+ US-based grassroots organizing groups that are led by working and poor people and communities of color. GGJ works to strengthen movements for climate and gender justice, bring an end to the war at home and abroad, and work towards a just transition to an anti-racist regenerative feminist economy in partnership with international social movements.