Kavanaugh is a virulent opponent of reproductive justice, LGBTQ, and Disability Rights. These biases alone should discount him from consideration for the highest court of the federal government – a lifetime appointment. To add insult to injury, Kavanaugh has also been accused of sexual assault and being a sexual predator by three women – one of whom, Dr. Christine Blasey Ford, is testifying in an open hearing today.

We believe Dr. Christine Blasey Ford. We believe Deborah Ramirez. We believe Julie Swetnick. We believe Anita Hill. We Believe Survivors. Dr. Blasey Ford’s courage to step forward and speak about her own experience of sexual assault comes in the wake of the thousands of women and femmes speaking out against sexual harassment and violence with the #MeToo movement. We know the tremendous strength it takes to speak our truths and fight for our survival.

Men’s violation of women’s bodies, and the bodies of femmes and gender non conforming folks, and their efforts to silence survivors are not new phenomena. Sexual violence supports men’s structural and systemic control over women and gender variant people’s  lives, bodies, labor, and sexuality. Sexual violence upholds patriarchy rooted in the colonial drive to possess, the imperial drive to dominate, the capitalist drive to accumulate, and the white supremacist drive to destroy difference. Trump’s nomination of Kavanaugh, if it succeeds, will help the pre-fascist right to prolong these interdependent regimes of oppression that destroy women’s humanity. 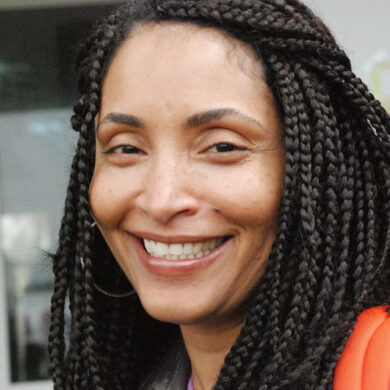 “I stand with survivors and vehemently stand against the appointment of a sexual predator to the Supreme Court. Everything Brett Kavanaugh stands for is in direct contradiction with gender justice, women’s rights, and reproductive justice. He has fought women every step of the way in our movements for equal pay, access to health care, workplace protection, and fair & livable wages for reproductive labor sectors. He has used his power to continue the oppression specifically of low income women of color and low wage workers. He has also used his power and privilege as a man to violently attack and violate women.”

It is our duty and moral obligation to stand with and center the voices and truths of sexual assault survivors. We honor the courage of our mothers, radical women of color, reproductive justice and anti-violence movement visionaries, and ancestors who organized, strategized and cleared paths of resistance for us, often under conditions of extreme duress and danger. We know that many of them could not tell their stories, and many survivors still cannot today. We are strengthened by the leadership of survivor advocates like Anita Hill and Tarana Burke, and are in solidarity with the #MeToo movement as survivors ourselves.

In the spirit of the 1,600+ African American women who publicly took a stand with Anita Hill in 1991 and made the pledge “to continue to speak out in defense of one another,” so do we stand with Dr. Blasey Ford and Deborah Ramirez as they confront their perpetrator. We stand with all survivors and to paraphrase our sisters’ statement from 1991: we defy all efforts from those in power to malign and castigate us for daring to speak publicly of our own experiences of sexual abuse. We will continue to speak out and stand with all survivors of sexual violence until rape culture and patriarchal subjugation are no longer.