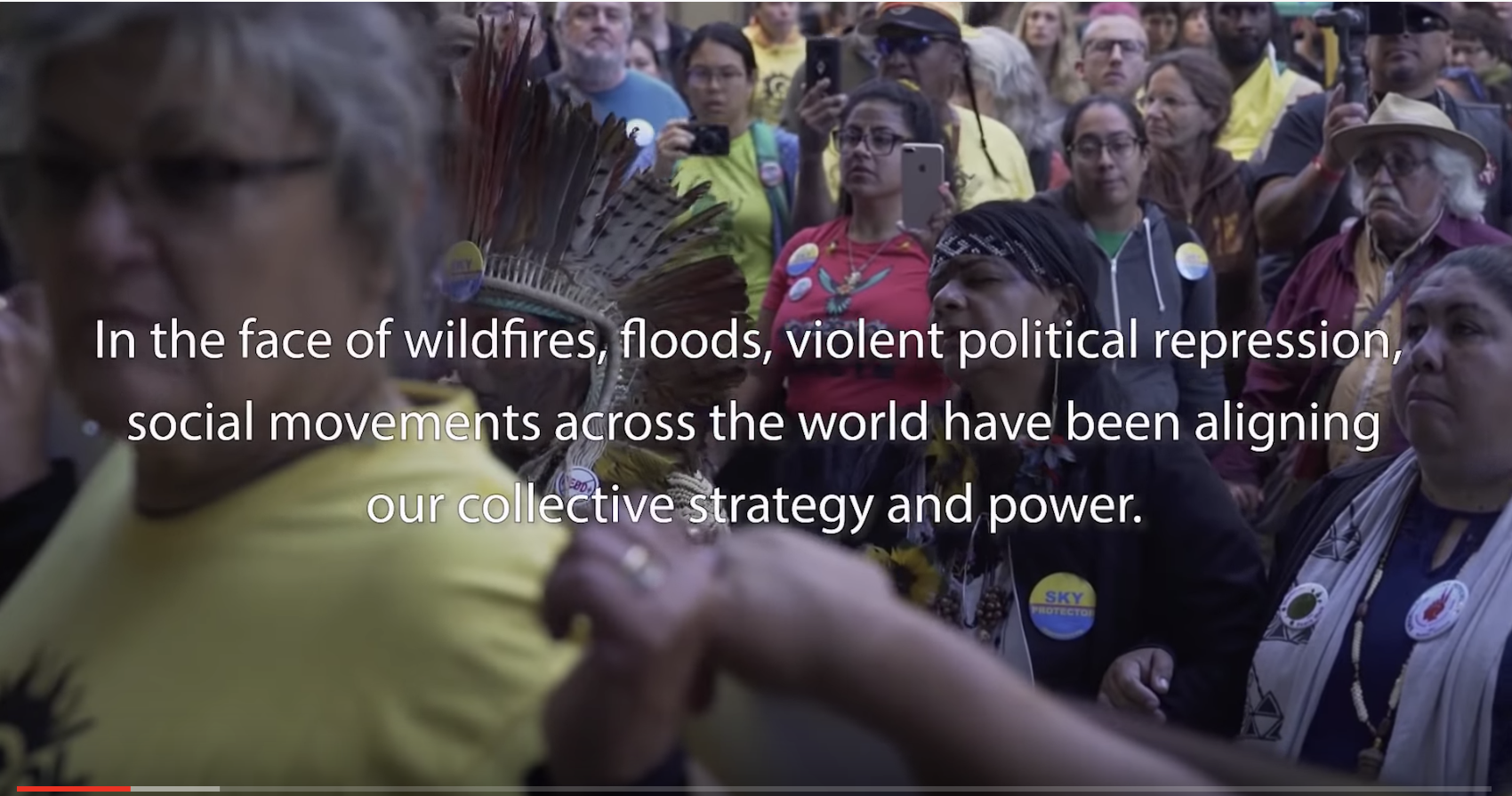 This May Day, It Takes Roots is honored to share our newest video- Venceremos: One Struggle, Many Fronts-highlighting movement leaders from Brazil, Nigeria, Mozambique, Haiti, Mexico, Ecuador, and more in our shared struggles in defense of life and Mother Earth.

View the Venceremos: One Struggle, Many Fronts- English

View the Venceremos: One Struggle, Many Fronts- Portuguese

View the Venceremos: One Struggle, Many Fronts- Español

The first of May; When the flowers break through the earth, When the sap rises in the trees, When the birds come back from the South. Workers: Be like the flowers, Bloom in the strength of your unknown power, Grow out of the passive earth, Grow strong with union, All hands together—To beautify this hour, this spring, And all the springs to come. Forever for the workers!

Grassroots Internationalism and mutual relationships with social movements all over the world has always been a key pillar of the work of It Takes Roots. Today, as the U.S. government continues its destructive role in Latin America, by calling for a military coup against the government of Venezuela, we are releasing a video featuring the voices of some of our international partners from Latin America and around the world.

It Takes Roots condemns U.S. intervention and stands on the side of justice, dignity and self-determination for the people of Venezuela.

May 1st or “May Day” is known as International Workers Day around the world. May Day in the U.S. has seen a recent revival since 2006, when millions of people led by migrant workers went on strike. Each year, on this day, countless people worldwide mobilize and hit the streets to honor our collective struggles and victories and continue to demand freedom for all oppressed people.

In the face of wildfires, floods, and violent political repression, social movements across the world have been aligning our collective strategy and power to forge change.

Together, we are engaged in the same fight for people-centered regenerative economies and healthy, self-sustained communities.

The Venceremos: One Struggle, Many Fronts video features:

Editing and Production by Jihan Hafiz

This May Day, It Takes Roots is honored to share our newest video: Venceremos: One Struggle, Many Fronts- highlighting some of our time together during Sol2Sol. It details many of our unique struggles, reflecting years of shared strategy, organizing, solidarity and unity across many movements.

At Sol2Sol, we gathered together and shared our demands, took action, and built upon our collective strategy to defend our territories, our communities, and our precious planet, Mother Earth.

Today and every day, It Takes Roots commemorates and honors those that have been targeted, caged, displaced, and killed for envisioning and demanding a better world.

” International solidarity is not an act of charity.  It is an act of unity between allies fighting on different terrains toward the same objective.  The foremost of these objectives is to aid the development of humanity to the highest level possible.”

From Solidarity to Solutions!

Learn more and join us at www.ItTakesRoots.org

Keep an eye out for updates and more on how to support ITR’s grassroots internationalism work as we begin the road to our May 2020 National Convening.