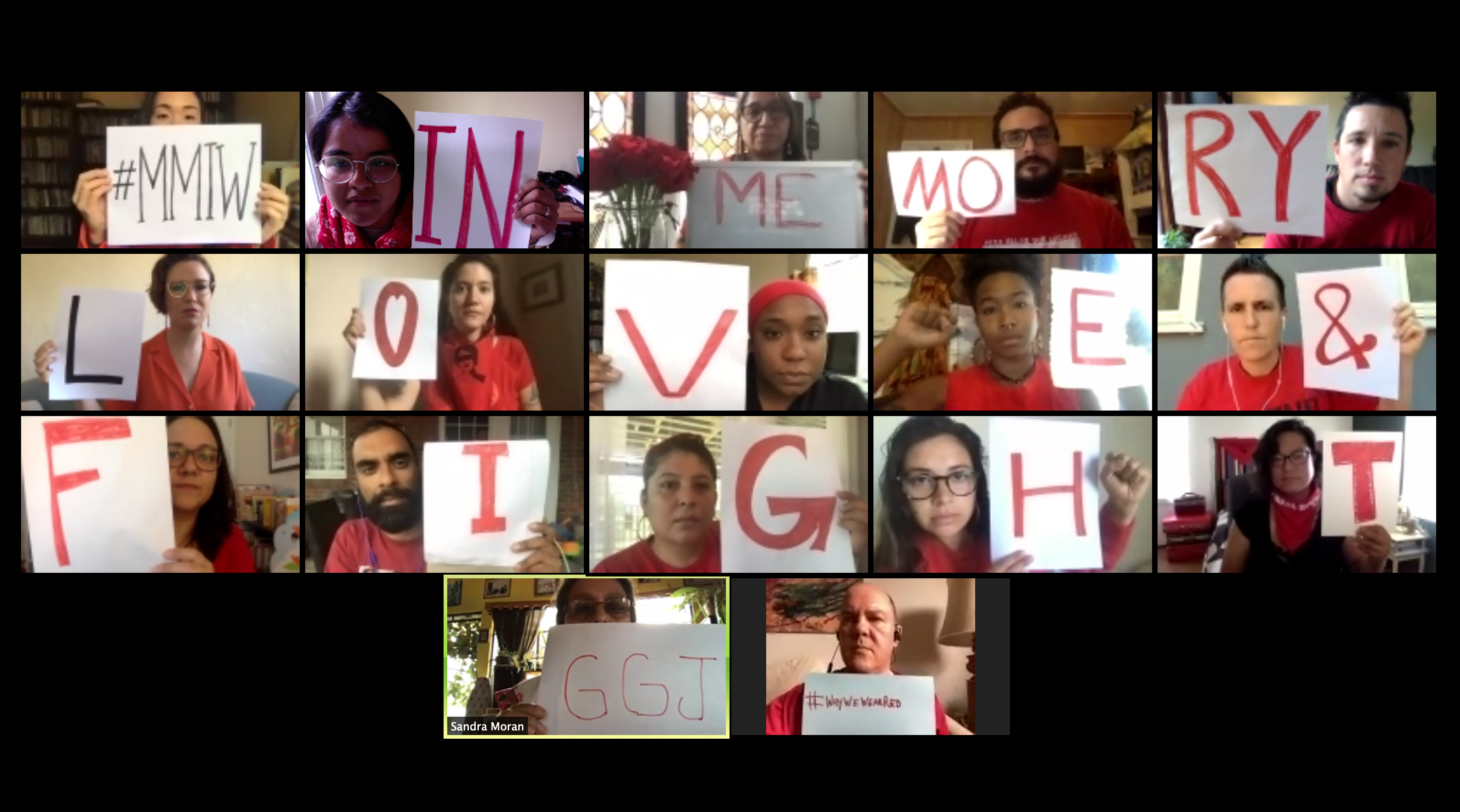 This week, we honor the lives and freedom of Indigenous and Black women by fighting towards an economy where currency is the strength of our relationships, the integrity of our communities, the inherent value of individuals, the affirmation of life itself.

On May 5th, we wore red and held Missing and Murdered Indigenous Women, girls and two-spirit-people, in memory, love, and fight. Standing with Indigenous communities across Turtle Island who’ve had their loved ones taken and disappeared calls us to confront the violent foundation of the settler colonial project that has become the United States. It is the violence of racialized, heteronormative capitalism – a violence upon the body, upon communities, peoples all over the planet and the planet itself. Today, we see it as nations and tribes fight for resources to care for their peoples, as the criminalization of Black people makes death camps out of prisons where social distancing is impossible.

On Mother’s Day, we will stand with the National Bail Out in the movement to end mass incarceration. We join the rally to #FreeBlackMamas and caregivers from prison, so they can return to their homes, their families and communities.

On this week of remembrance and struggles for freedom, we fight for the reparation of harm that has been committed and for futures worth living. We fight in the wake of the lives of women and two-spirit people. We fight in the spirit of mothers, a motherhood freed of gender; motherhood as a caring relationship to Earth and each other.

In this spirit, we at GGJ are dreaming of a Feminist Economy to sustain us rather than exploit us, to let us see each other tenderly.