On our way to Philadelphia we stopped for an afternoon at Tubman House, a community center in a burnt out, lowest of the low income part of Baltimore. 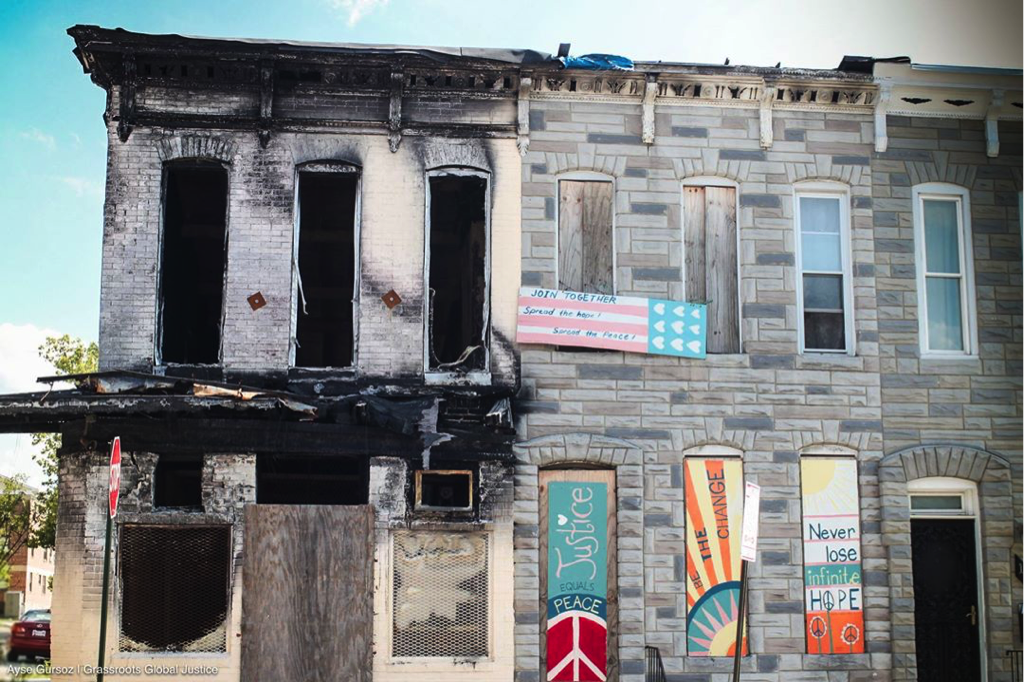 Before its conversion, it was just another burnt out house among many. Now it is a very special place, with a community garden in the yard.

We were greeted by Mr. Eddie Conway, released from prison four years ago, imprisoned since 1970 because he was a Black Panther. But his ideas hadn’t changed in his 40+ years in prison. When he got out he went back to his community, his Black Panther concern for his community intact. And after a period of reflection he began to gather people around him who decided that it was better to love than hate.

This Baltimore community was the home of Freddie Gray, a young man taken by the police who was killed in the police van on his way to jail. Although several policemen were charged with his murder, none were convicted. And I heard on the news today that even though there is no explanation forthcoming as to his broken neck in the back of the police van, there would be no further attempts by the State’s Attorney to pursue any further prosecution. 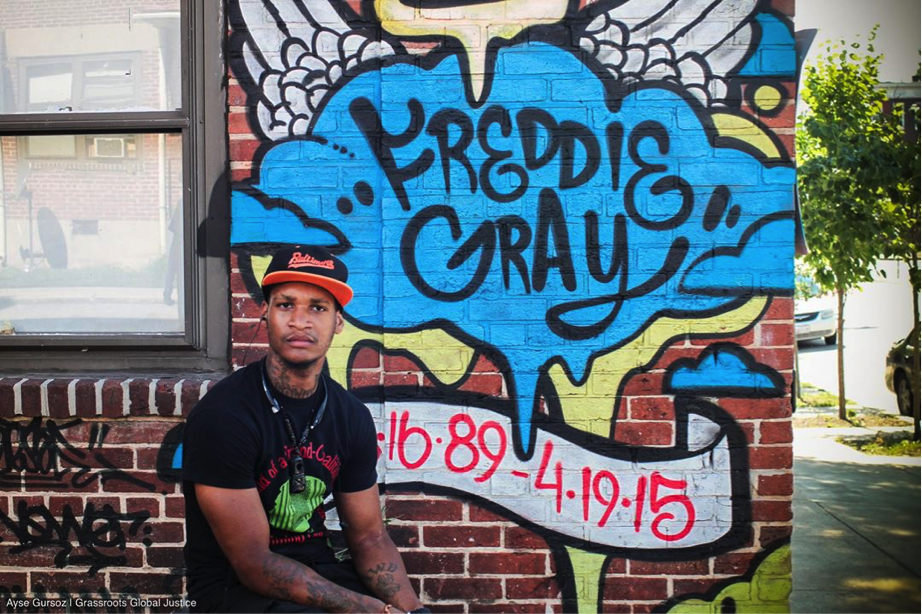 Mr. Conway, along with others in the community had somehow heard of Berta Cáceres and greeted Laura and Rosalina very warmly, in a very special way. We walked around the neighborhood with a much younger man who had also been recently released from prison, joining up community efforts immediately after his release. As we walked around he introduced us to neighborhood people who took great pride in telling us about their community and how they promoted it. There was a lot of love and respect, a great deal of pride and hope, and a lot of hugs and smiles. 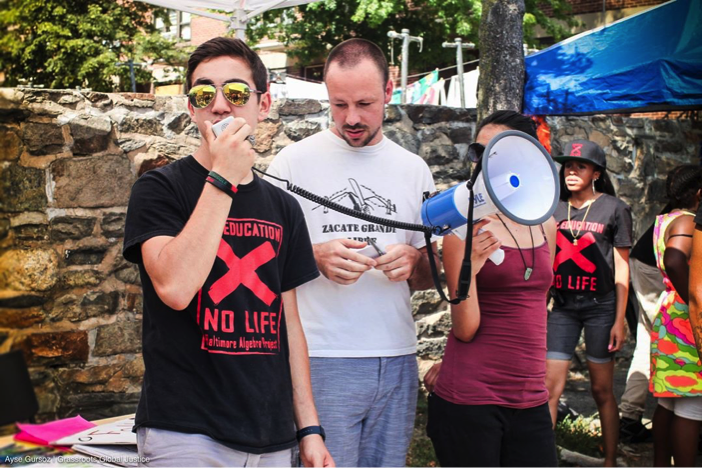 A youth from the Baltimore Algebra Project spoke to us. He said the math wasn’t the major problem. It was the social problems of going to school and having a system, a language and culture alien to theirs imposed upon them. Their youth-run and youth-led project included orientations to the school system and support once they were there.

We went to a basketball court that had been built at night by residents. The City of Baltimore had opened the space, but after several years they not only never finished it, but had tried to keep the community from putting up the poles, rims and nets. The community had to finish it at night. The City of Baltimore had told them they couldn’t have a basketball court and meant to deny it to them.

Samia, my Palestinian sister and I reflected as we walked. Mr. Conway reminded me of CONTELPRO, the J. Edgar Hoover FBI led prosecution of the Black Panthers and then with the same murder, meanness, cruelty and spite, his persecution of the American Indian Movement and the perjured and rigged conviction of Leonard Peltier, also a political prisoner with decades, generations really, of unjust imprisonment. The neighborhood, with its dilapidated burnt out buildings, and the community in extreme poverty reminded me of many Indian reservations as well as of Palestinian refugee camps in the Occupied Territories. 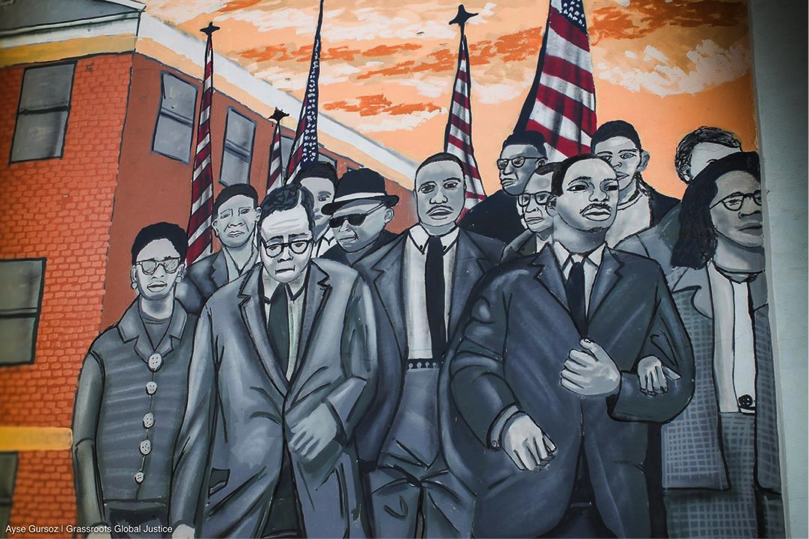 These are the places where the system keeps unwanted people that they wish would disappear. An alien and imposed economic and social system meant to keep people down and in the chains of hopelessness. But this community, like a growing number of other communities including Indian Reservations, are de-colonizing themselves. As the young man in the video explains, “we must love each other, protect each other – we have nothing to lose but our chains.”

Love and respect for each other, the vocation of many of the organizers on this “It Takes Roots” caravan, love and respect lived in Freddy Gray’s community, is too powerful to be stopped.