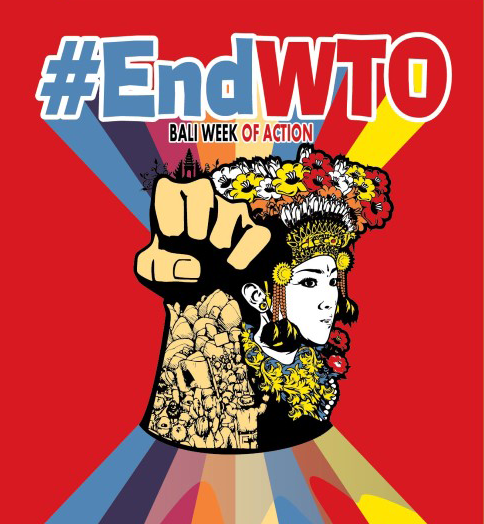 They say WTO! We Say Hell No! Bali here we come. GGJ is about to be on its way to Bali, Indonesia to support the Asian Social Movements in challenging the corporate guardian World Trade Organization (WTO). For this exciting and historic delegation GGJ built a team of GGJ leaders who will help represent, distribute and advance GGJ’s framing of No War! No Warming! Building an Economy for the People and the Planet! This opportunity will allow us to be a part of and shape ideas on creating a just transition to a new economy. Our plans will advance rights-based community solutions that cool the planet as the real solutions to climate change as we join with other international social movements.

Our primary social justice partners for this delegation are: