When I was introduced to agroecologia by the Roots of Change Cooperative in San Antonio, the concept seemed very simple; a discipline of climate consciousness, land sustainability in agriculture—of both urban and rural—and the practice of food sovereignty.  In the inter-disciplinary concept that Roots Of Change Cooperativa has set in it’s community is to thrive and accomplish work on it’s own land; by opening the work to community volunteers (collectivism), using techniques of reusable sources for regional and local crops; compost, sowing seeds, seasonal crops; and food justice for local farming and access to fresh, organic and non-GMO foods.

Day one and those that followed at Cumbre De Los Pueblos in Lima, Perú, has given me a new approach of such praxis of agroecologia. My envisioned questions are, “What is agroecologia in Latino America?” “What is agroecologia for a new-coming member of the community?” and “How do we transition such rooted concept in Sudamerica to an urban community?”  As an advocate from the US urban perspective of agroecológia through Roots Of Change Cooperativa, these discussions at the Cumbre De Los Pueblos; I will witness a new outlook of grassroots and political action.

The title of the conference Conferencia Internacional de Sistemas de Produccion Ecologica y Cambio Climatico (Conference of the International Systems of Ecological Production and Climate Change), reflected on work of 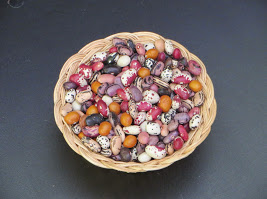 adaptation, self-sustainability and self-management of the lands of Perú. Biodiversity was a main topic during these dialogues, at a time when the Northern Western agriculture focuses on the production of mono-crop for our diets and promises the land to privately owned US companies, Western culture dismissed the current exploited land of Sudamerica from it’s own crops and import it to our markets. The trend of quinoa in our diet has been a proof of this argument, such grain has been taken away from it’s own land and sold in a large profitable-margin; a similarity in the trails of NAFTA, where maize, a native crop of Mexico, is taken and re-sold to it’s own producer; quinoa is at the same pedestal of it’s own economy.

Three speakers stood out to me and gave a new value into the meaning of agroecológia, Board Director, Gladys Rurush of the ARPO ANCASH (http://www.anpeperu.org), agrarian reform advocate Victoriano Fernández of the city of Huánuco  and agrícola leader Faustino Morales of the ARPPE Piura is a second base organization that belongs to ANPE PERÚ along with 12 agricultural associates—who explained, the input and outcome of biodiversity in their land, has helped the development of new techniques of water supply, nurtured crops and leadership. Such leadership has established Juntas Directivas (Board Directors) in the transformation, as well, as the local and national socio-economic impact of Perú.

An example of transformation, in a time frame of 5 years, she went from picking one box of mangos to now successfully collecting up to 10-15 boxes. She continues her new methodology as a campesina in the low lands of 2,5000 km to the higher lands of 3,000 km above sea level.  As Victoriano followed, he emphasized the importance of the organic versus natural. His objective was to reinforce his community’s decision of being a commune of libre de transgenicos (GMO-free) farmers; supporting it by their continuous growth of local crops, like humus. The validation of Eco-Ferias (Eco-Fair) where seed trading and other exchange of their work; my interpretation of a Farmer’s Market, as a member of the audience asked why should campesinxs pursue these new trends of local fairs, as he simply replied, it sustains our work, and it challenges the extractive corporations.

During the end of the conference, Faustino explained in a very brief manner, it is about the development of a local, a collective society and the survival of their culture.

My three new understandings of agroecológia are simple and bigger; human participation, through Gladys diverse talks of non-binary labor and harvest. I learned, biodiversity does not occur naturally, for it is a tool of engineering of soil enrichment, resilient vegetation and self-sustainability. Gladys tackled the importance of womyn in the role of labor, decisions making and leadership, as her organization is a non-patriarchal and non-hierarchal. In the subject of economy– mainly local– as Victoriano said, “Eco-ferias (local eco-friendly fairs) are the window to our production and harvest,” with such demand of organic foods and communal labor availability for the manner of practicing self-management and self-sustainability. Ending with the subject of society, in which Faustino found all their labor credible to be inclusive and broader. There is no need for transnational corporates to hold the socio-economical survival of Perú and kidnap their lands with contaminated water, exploited soil, mining and GMOs.