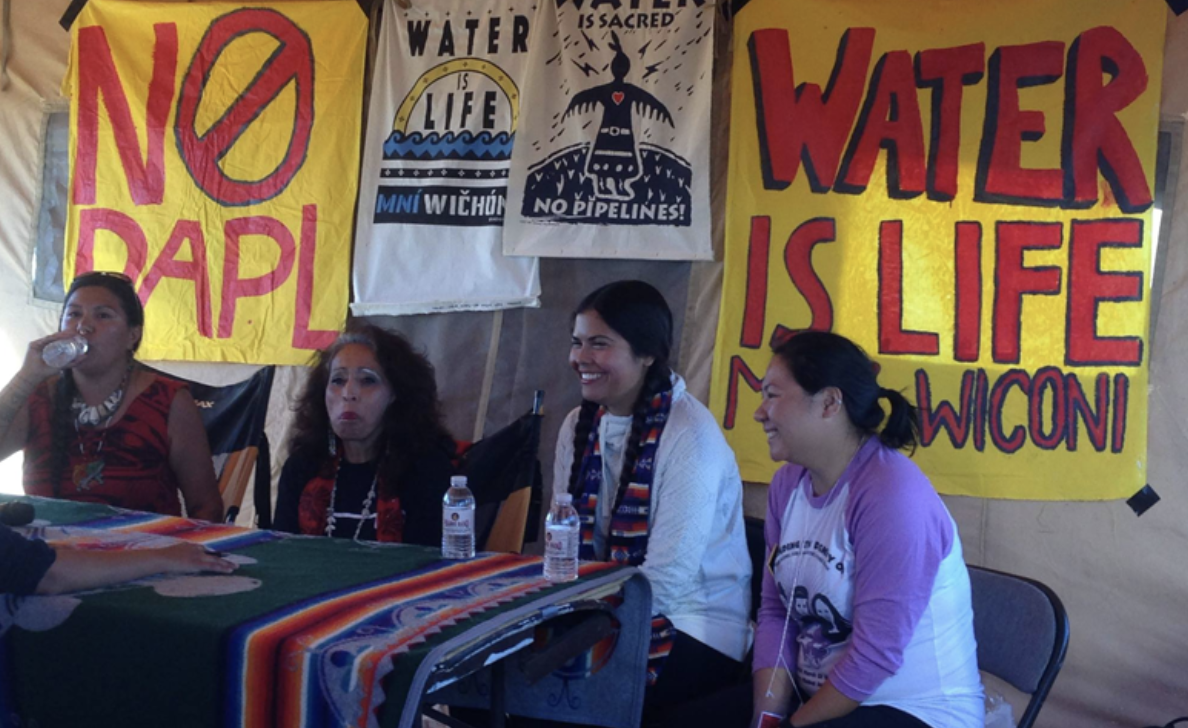 On March 2nd 2016, people around the world grieved the loss of social movement leader Berta Cáceres. Berta co-founded COPINH (Civic Council of Grassroots and Indigenous Organizations of Honduras). Her assassination was a direct result of her organizing to defend the Lenca Indigenous Peoples’ land, rights and territory, and protest transnational corporations and the Honduran government. Berta fought tirelessly to protect the Gualcarque River from the illegal attempts from the Energetic Developments Company (DESA) to build a hydroelectric dam called “Agua Zarca.”

Berta lead in the apposition against the US-backed 2009 coup, which ousted the progressive President Manuel Zelaya. Though state repression was hardly new, the coup directly heightened conditions for repression against activists protecting their communities, including through the criminalization of protest. Berta Cáceres and many other organizers received death threats. In fact, on March 16th 2016, another COPINH member, Nelson Garcia, was also murdered on a day that he had been supporting people who were being forcibly evicted by the government.

The assassinations of Berta Cáceres and Nelson Garcia are evidence of the gruesome consequences of U.S. foreign policy across the world. Former Secretary of State Hilary Clinton helped legitimize the Honduran coup, which empowered the military to defend the interests of transnational corporations with impunity. The US helped train the military, and it still has a heavy hand in the political affairs of the country.

In September, GGJ members formed the Berta Vive delegation, which traveled to Standing Rock in solidarity with the #NoDAPL struggle to protect the water and land from the Dakota Access Pipeline construction. The delegation brought a feminist contingent to make connections between the struggles there and the struggles of women in frontline communities around the world, and to contribute to actions and activities on the ground.

Berta and Nelson’s untimely death combined with the rising right-wing in the United States manifesting in the 2016 presidential elections moved GGJ and allies, including the Black Lives Matter Network and Mijente, to unite efforts. Together, we mobilized to the Republican National Convention and the Democratic National Convention in July.

“We arrived Tuesday evening to Standing Rock where we met up with folks from the Indigenous Environmental Network. On Wednesday, we supported cooking and food prep for the hundreds of folks camping, as well as the rebuilding the kitchen of the IP3 camp. Currently, there are hundreds of people here at the camp, with more folks arriving every day. The delegation also participated in IEN’s Women Warrior press conference, which lifted up the issues affecting women, particularly the violence of the man camps. Last night, e got to witness the arrival of the Dakota/Lakota folks from Fort Peck, Minnesota, as well as tribal leaders and elders of the Havasupai tribe from the Grand Canyon, where they are fighting uranium mining.”