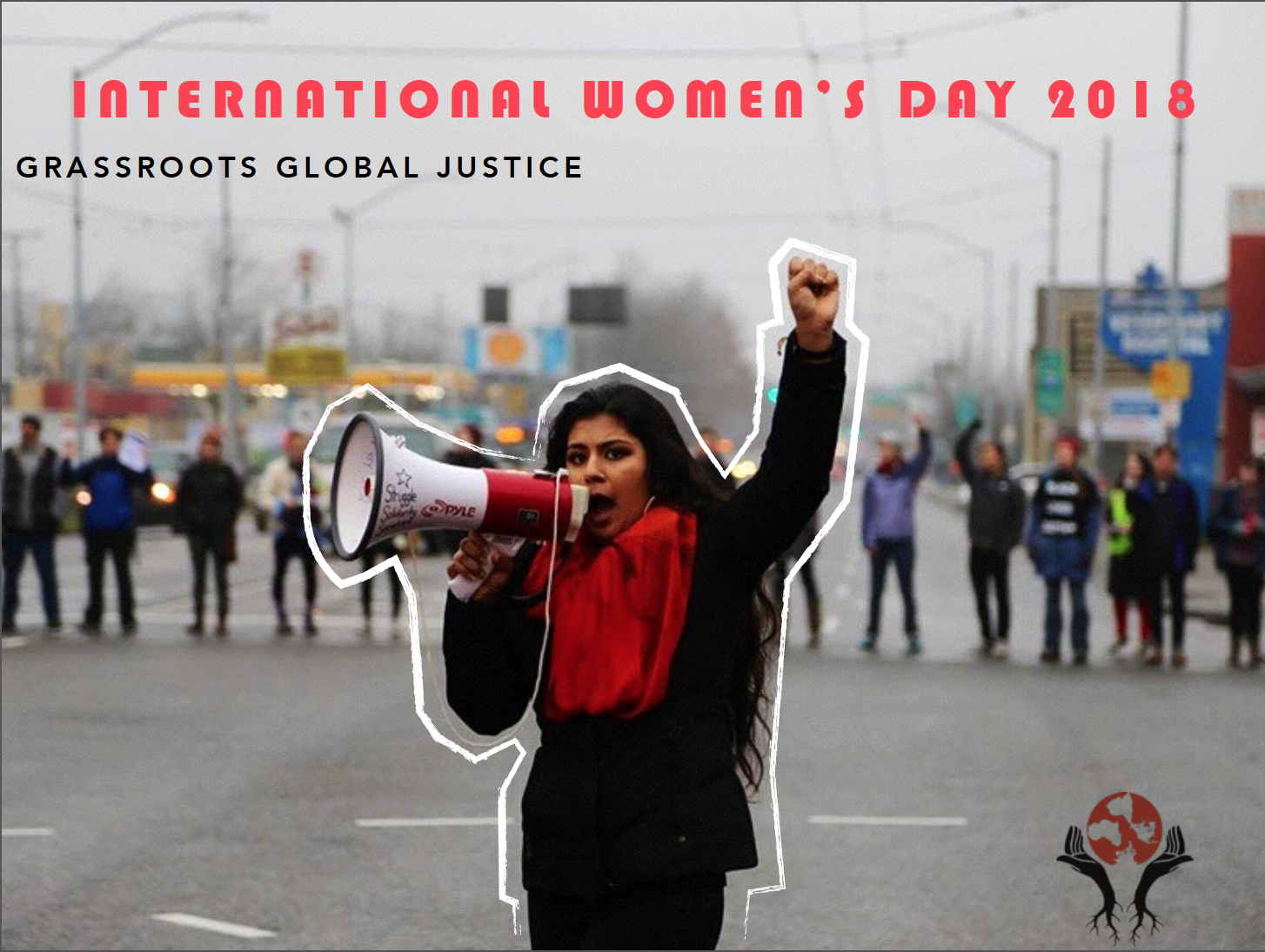 In 2015, GGJ members in over 10 cities organized actions. On April 24th, as part of the World March of Women, we hosted a 24-hour feminist action from 12-1 pm in every time zone around the world to commemorate the second anniversary of the factory fire and collapse in Rana Plaza, Bangladesh.

Our theme was “We Will Keep Marching Until We Are All Free: Defending the Dignity of Our Bodies, Our Communities, and Mother Earth.” We expressed the urgency in the lives of women and gender non-conforming people around the world. From street harassment and domestic violence, to wages and state violence via criminalization, we condemned all forms of gender-based oppression. We defended the dignity of our bodies, the dignity of our communities, and the dignity of mother earth.

In 2016, we dedicated International Women’s Day to Berta Cáceres, Honduran social movement leader who was assassinated for her work to fight transnational corporations. Her murder was a gruesome reminder of the unchecked power U.S. presidents have not just over us, but over people around the world. Berta was an unrelenting fighter for her peoples, a feminist, an internationalist and a revolutionary. We committed ourselves to continue organizing and living in her legacy.

In 2017, we condemned the take over of governments across the globe by rightist parties manifesting gate, racism, misogyny, intolerance and all forms of discrimination. We released a statement supporting the proposal to an International Women’s Strike to put our solidarity into action. Once again, we planned an action to commemorate the catastrophe in Rana Plaza. We also organized a 24 hour global action on Peace & Migration.

In 2018, we pushed the social media conversation on feminism beyond #MeToo to the interconnectedness of all struggles women and gender-non-conforming people experience in our daily lives. We provided educational materials, to inform the conversation. The World March of Women’s statement called on diverse women from all peoples, races, and ages to “come together once again to reaffirm that we will keep marching until we are all free from all the oppression from the patriarchal, capitalist and colonial system,” and to use “our feminism as a way of life, and the streets as the space to amplify our demands…”

In 2019, we marked to denounce decades of austerity policies that have curtailed wages and stripped public investment in rights in services – all borne on the back of women’s work. From our feminist foundations, we mobilized against violence, for food sovereignty and for common goods.

Visit our Resources page for past IWD political education materials.