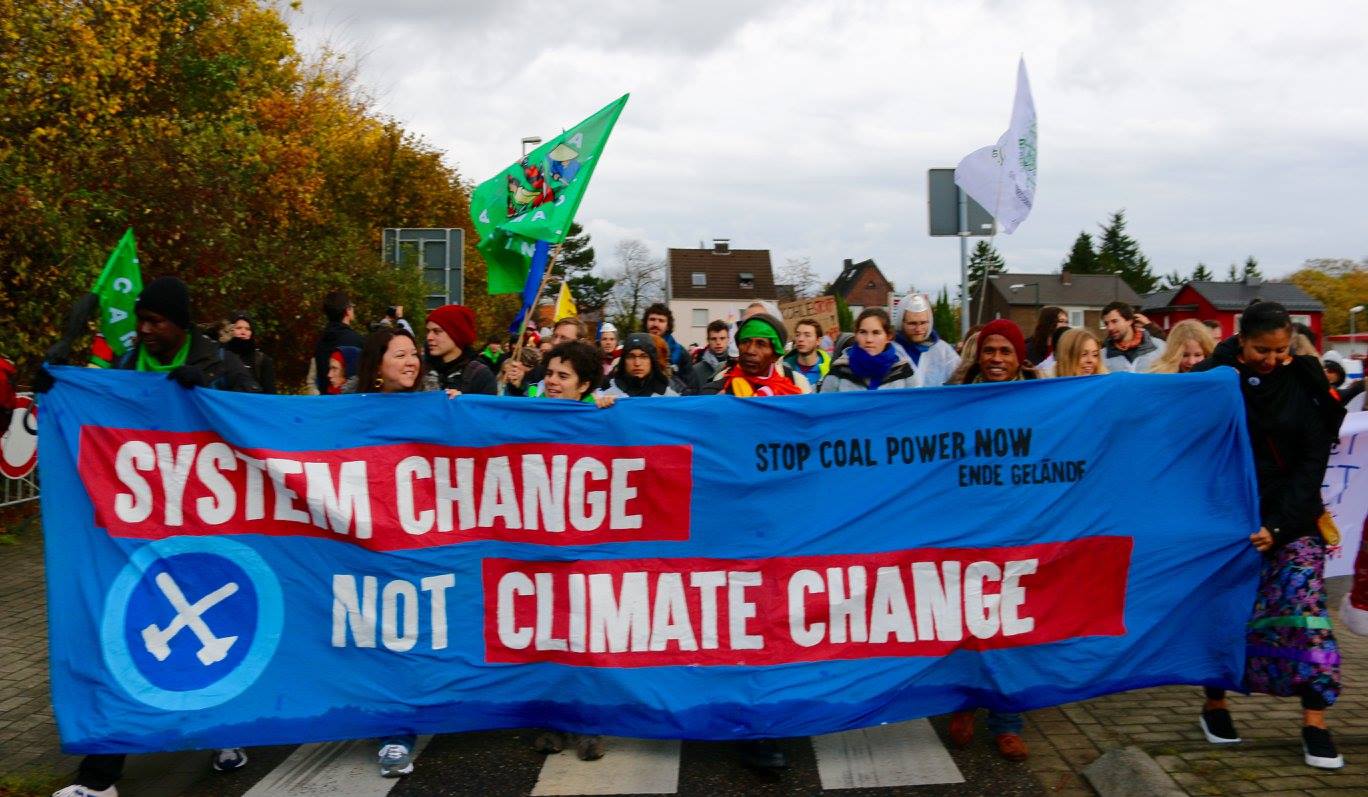 GGJ members across the country are working toward a Just Transition. Our communities, landscapes and ecosystems are experiencing the consequences of a warming planet, and only systems wide change can ensure true climate justice, our survival.

Just Transition is a vision-led, unifying and place-based set of principles, processes and practices that build economic and political power to shift from an extractive economy to a regenerative economy that recognizes the rights of local ecosystems and nature to maintain their vital natural cycles of life.

Just Transition grew out of environmental justice movements over the last 30 years, where the struggles of impacted communities against coal mines and oil refineries have been met in direct opposition by workers who depend on these industries to survive. Just Transition recognizes both the need of communities to exist in healthy environments and the need of workers to make a livelihood. Communities and workers, who are often one in the same, are on the same side. That is why Just Transition addresses the systemic root causes of climate change, because we know that only by radically transforming how our economic system works can we truly ensure that all of our needs are met.

GGJ members are not only fighting some of the worst manifestations of extraction, militarism, and pollution, they are also advancing real alternatives for both energy production and economic self-determination so that livelihood cannot be pitted against health or the environment.

In Bellingham, Washington, GGJ members Got Green? (based in Seattle) and Community to Community Development (based in Bellingham) hosted the Pacific Northwest Just Transition Assembly. 75 people participated over the course of two days, starting with protest on Pickett Bridge, named after a Confederate Army general who played a key role in keeping indigenous people off their land. Participants were introduced to the Just Transition framework. Then, they were split into three tracks: Food Sovereignty, Criminalization, and False Solutions. People made connections across the tracks and experienced thinking about them through the JT framework. It became clear that, in the Pacific Northwest, JT connects to the rural and urban, economic and immigration policy, and it also addresses policing and state violence. JT prioritizes the leadership of indigenous peoples connected to the land.

The Vermont Workers Center hosted a two-part process. In September (2015), they convened their Human Rights Council for a People’s Convention/Just Transition assembly planning meeting that included testing out some of the curriculum and discussing the links between the two frameworks. In April of the following year, they brought together over 4000 adults, youth, and kids for the VT People’s Convention/Just Transition Assembly. People strategized about JT in Vermont, made links to migrant rights, feminism, anti-militarism, and healthcare. The Assembly concluded with a May Day March.

The Detroit Just Transition Assembly, hosted by the East Michigan Environmental Action Council, brought together 100 people from the region as well as allies from organizations hosting assemblies in other regions. The Assembly aimed to align the JT framework with key fronts of struggle in Detroit, including water justice, food justice, education justice, Black Lives Matter/Black Liberation. It also aimed to build local and regional intergenerational relationships, and the capacity for community self-determination. After the assembly, members will organize to engage grassroots communities in an extended planning process for building power to improve quality of life for Detroit residents.

Over 250 activists and organizers from Mississippi and throughout the south and southwest gathered in Jackson for the Summer of Our Power Just Transition Southern People’s Movement Assembly hosted by Cooperation Jackson. The Assembly aimed to consolidate social justice forces in the South around the JT framework for social transformation and climate justice. It successfully secured commitments from organizations to build the transformative movement for system change that we need. Organizations also committed to confront the false solutions to the climate crisis that the world’s governments and corporations agreed upon at the UN COP’s. Click here to read a statement from James Farmer on Jt in Jackson.

Got Green? and Community to Community hosted the second Pacific Northwest  Just Transition Assembly. 200 participants from Vancouver BC, Oregon, and Washington continued developing a long term regional strategy for the Next Economy in the region. The Assembly was a bilingual space (Spanish and English) with political education panels and tracks, healing and arts space, shared meals and music.